[Title] a play upon words. An attractive place visited by tourists is sometimes known as a ‘beauty-spot’, and is often made hideous like the dell in this story as described on page 299. Also, in the eighteenth century, a small black patch was often applied to the face in the belief that it enhanced the beauty of the wearer – unlike the spots and blotches that appeared on the faces of those affected by Gravell’s chemicals.

[Page 290 line 1] sixty miles from London, into Kent, Sussex or Hampshire, assuming this story, like “They” (Traffics and Discoveries) and “An Habitation Enforced” (Actions and Reactions) is set in Kipling’s part of England.

[Page 291 lines 6-8] Justices of the Peace, or the County, District, or Parish Councils judicial or governing functions then usually exercised by ‘the gentry’, which carried some influence, dignity, and social standing.

[Page 292 line 13] nerves in this context a tendency towards a ‘nervous breakdown’.

[Page 292 line 14] tonic wines wines to which glycerophosphates have been added for their supposed ‘tonic’ value.

[Page 292 line 28] one-and-threepence an hour – £2·50 for a 40-hour week; not a bad wage for the period. (‘one-and-threepence’ was one shilling and three old pennies, some seven pence in current decimal currency)

[Page 293 line 32] Asiatic complexion implying he is of mixed Asiatic and European descent.

[Page 294 line 6] Nigger an unpleasant term for one of the black peoples – not now used.

[Page 294 line 13] brevet-uncle ‘brevet-rank’ for an army officer indicated that he was temporarily promoted but still paid in his original rank. ‘brevet-uncle’ thus implies an acting-uncle, like ‘The Infant’ (also a Justice of the Peace) in “The Honours of War” (A Diversity of Creatures, page 10 line 25)

[Page 294 line 18] post-war afflictions visible and invisible shell shock, the lasting effects of gas poisoning such as bronchitis and asthma, and the effects of other war wounds, e.g. a soldier who had sustained a head injury might have epilepsy afterwards.

[Page 294 line 21] Arras (Dutch: Atrecht) capital of the Pas-de-Calais Départment of northern France. In the First World War the city was near the front line and a long series of battles was fought nearby.

[Page 295 line 12] glands presumably an endocrine gland (one that secretes a hormone), but he doesn’t indicate which one. 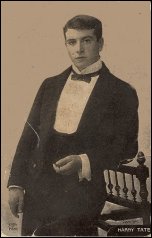 [Page 296 line 7] public paths ‘Rights of Way’, paths across private land which the public were entitled to use. See “An Habitation Enforced” (Actions and Reactions) page 33, line 28.

[Page 296 line 32] Nancy capital of the Meurthe-et-Moselle Départment of France, with several colleges, including Nationale Supérieure des Industries Chimiques (School of Chemical Engineering). See also “In the Rukh” (Many Inventions), page 201, line 10, which refers to the National School of Forestry, also in Nancy. Kipling had great respect for France and things French.

[Page 296 line 33] bulbous Holland a play on words. The production of tulips and daffodils etc. which grow from bulbs, is an important industry in that country,

[Page 297 line 7 onwards] trees …. overhung the main road The current British law is embodied in the Highways Act of 1980 under which the local authority can serve notice on the occupier to remove the overhanging vegetation within fourteen days of service of the notice; failing such action the authority can carry out the work and recover the reasonable cost from the occupier, as explained in the text. A similar Act would have been in force at the time. In the country, however, boundaries are sometimes unclear and there may be doubt as to where privately-owned land ends and where the highway begins. Kipling had similar trouble with his local council.

[Page 298 line 7] I also live in Arcadia a translation of the Latin inscription on a tomb; Et in Arcadia ego.

[Page 298 line 18] bleaching out properly his skin was losing the dusky appearance and becoming paler.
.

[Page 299 line 12] high commanding charabancs early motor-coaches were open to the elements and high off the ground as the bodies were well above the wheels. When the Kiplings were living in Rottingdean (1897-1902) trippers would be brought out from Brighton in charabancs, from which they could peer over the garden wall of the celebrated author. It was the desire for greater privacy that impelled them to seek out Bateman’s.

[Page 300 line 6] errors of diet an allergic reaction to something that was eaten which is manifested as a skin rash. Colouring agents in foodstuffs sometimes cause skin rashes.

[Page 300 line 7] close the schools the local doctor would have ordered the schools in the district to be closed in the case of an infectious disease such as measles.

[Page 300 line 17] eaten everything in Leviticus and out of it Leviticus, the third Book of Moses in the Old Testament, contains instructions as to diet and behaviour for the Jewish people.

[Page 300 line 11] Shoreditch a Metropolitan Borough until 1965 when it was incorporated in the London Borough of Hackney, just north of the City of London.

panel-doctor a general practitioner looking after the people who were on his ‘list’ or ‘panel’.

[Page 300 line 18] Bermondsey part of the London Borough of Southwark on the South Bank of the Thames,

[Page 300 line 21] summer rash This could be prickly heat or possibly a rash caused by insect or midge bites on skin not normally exposed to open air.

[Page 301 line 12] prodigal see the parable of the Prodigal Son in Luke 15, in which the ‘prodigal’ wanderer is welcomed back by his parents with great rejoicing.

[Page 302 line 30] not catching not infectious. The rash does not spread from person to person. They have all acquired it from the same source.

[Page 303 line 8] Adler’s Mixture presumably a poison-gas used by the Germans in thr 1914-18 war – information will be appreciated [Eds.]

[Page 303 line 10] mustard gas (Ypertite) was first used by the German Army in September 1917. It is practically odourless and takes several hours to become effective. It can last in the ground for weeks.

[Page 304 line 6] gradely a Northern expression meaning excellent. splendid, good etc. – the foreman and his wife are speaking a Yorkshire dialect similar to that used by Learoyd in the Mulvaney stories.

[Page 304 line 19] dropsy swelling, due to oedema (excess fluid in the tissues). It may have several causes.

[Page 305 line 5] an Englishman’s house, is his castle an echo of a dictum by Sir Edward Coke (1552-1634), one of the great English jurists: ‘For a man’s house is his castle.’ A principle which Kiplintg would have roundly espoused.

[Page 305 line 16] the gleanings of Mrs. Enoch’s threshing-floor were richer an echo of various Biblical references implying that the amount of corn left over after threshing was finished was more than the whole harvest of others. Mrs. Enoch collected more gossip than Mrs. Saul !

[Page 305 line 27] epidemic an infection affecting large numbers of people or spreading over a wide area.

[Page 306 line 26] chawal-muggra oil Olem Chaulmoograe, obtained from the seeds of Hydrocarpus Kurzil, was used almost exclusively in the treatment of Leprosy. It would not have been a credible treatment for Measles. For Leprosy it is now largely superseded by other drugs.

All the world’s a stage,
And all the men and women merely players,
They have their exits and entrances,
And one man in his time plays many parts,
His acts being seven ages. At first the infant
Mewling and puking in the nurse’s arms…
[William Shakespeare, As You Like It, Act 2, Scene 7.]

[Page 307 line 22] X-ray-proof bulkheads lined with lead to stop the penetration of X-rays.

[Page 308 line 11] corner-men a corner-man in this context sits at the end of the row of minstrels on stage and carries on a humorous dialogue with the principal comedian.

[Page 309 line 32] Jezebel ‘And when Jehu was come to Jezreel, Jezebel heard of it and she painted her face; and tired her head (dressed her hair and arranged her head-dress) and looked out of a window.
II Kings 9,30.

[Page 311 line 8] the rolling back of the Gates of Golgotha Golgotha was ‘the place of a skull’ where Jesus was crucified (Matthew 27,33, and John 19,17). There is no mention of any gates in either Gospel, but Kipling’s phrase probably implies something horrible, as Golgotha was also the city’s rubbish-dump.

[Page 311 line 12] “matters arguable to all eternity” A quotation we have not traced; information will be appreciated [Eds.]

[Page 311 line 16] ‘that proves it ain’t glands..’ Major Kniveat went away very fast. With under-active thyroid or adrenal glands he would have moved slowly. 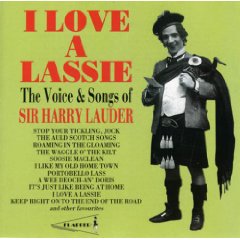 [Page 311 line 28] Pe-wer as a lily an echo of one of the songs of Harry Lauder (Sir Henry McLennan Lauder, 1870-1950, Scottish music-hall entertainer) the chorus of which runs:

I love a lassie, a bonnie bonnie lassie,
She’s as pure as a lily in the dell,
She’s sweet as the heather, the bonnie bloomin’ heather,
Mary, my Scots bluebell.

[Page 312 line 16] he took the bag round the collection-bag carried round the congregation in church for contributions.

[Page 312 line 18] State-aided summer sunlight known by a variety of names but usually called British Summer Time, proposed by William Willett (1856-1915) in 1907 though it did not become law until the year after he died. Clocks are advanced one hour ahead of Greenwich Mean Time in the summer months, a system that has caused great controversy ever since.

The reader may detect a certain slightly acid note here, and in some other observations in this story. Kipling was on the whole sceptical about the merits of state intervention in people’s lives.

[Page 313 line 30] vermicular worm-like, resembling the track of a worm.

[Page 314 line 2] if the tip trembles the tip of the tongue may tremble in thyrotoxicosis (over-active thyroid gland) and in other conditions where there are involuntary movements.