[Heading] The long heading to the letter as collected did not appear in the Morning Post but there was a short one, as follows:

‘From Jowahir Singh, Naik, 291st Sikhs, in the big hospital with the dome which is at Brighton, England, to my elder brother Ram Singh, who is the farmer holding seven and a half acres on the north side of the village of Amirkot, about two miles out of the city of Amritzar following the Lahore road. Let this be delivered in accordance with the rules of the Government.’ 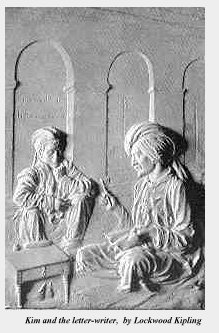 [Page 189, line 2] Letter Writer The Morning Post version gives the author as a Naik (Corporal) in a Sikh Regiment writing to his brother in India – as we now see. Since many people in India could not write, professional letter-writers would offer their services to write, and if need be compose, letters. See Kim page 143.

[Page 189, line 11] Amritsar City The famous city some 50 miles from Lahore in the Punjab, in India, heartland of the Sikh religion.

[Page 190, line 20] The hospital is like a temple This was in fact the Pavilion at Brighton, built by John Nash between 1815 and 1823 for the Prince of Wales, who became King as George IV in 1820. The building certainly looks much like an Indian Temple or series of temples.

[Page 193, line 10] They esteem manure most highly In India there is a shortage of all fuels, and straw is mixed with dried cow-dung to burn as a source of heat; as a result the land does not have the benefit of the manure, which for centuries has been used to enrich the soil in Europe.

[Page 195, line 19] In the Morning Post version this letter is broken here into two halves.

[Page 198, line 18] Mohmunds One of the Border tribes on the North West Frontier, living in an area west of Peshawar and along the Kabul river.

[Page 199] kos a native measurement of distance, equivalent to just over 2 miles (not six miles as is found in the text).