“In the Manner if the Earlier English” An essay in alliteration, in the style of some of Chaucer’s contemporaries

In a somer sesun, whon softe was the sonne,
I schop me into a shroud, as I a scheep were;
In habite as an hermite unholy of werkes
Wente I wyde in this world wondres to here; 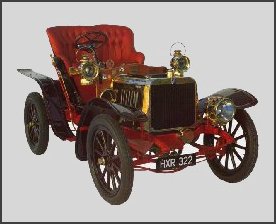 The poem describes the virtues of a luxurious early motor-car, equally suitable for town or country; silent, beautifully fitted and a pleasure to handle…

Harry Ricketts in KJ 305 comments that Kipling is presumably taking off the ‘manner’ of medieval alliterative poems like Langland’s “Piers Plowman”:

… except that he only does so in a loosely impressionistic way. Instead of accurately reproducing the basic pattern of such verse – two alliteratively stressed syllables in the first half of the line and one (only very occasionally two) in the second, Kipling makes up his own pattern, which mostly consists of separate alliterate grouping in each half
of the line (‘Lordly of leather, gaudily gilded’): highly alliterative, but not quite the same thing.

[Line 6] unnoisesome in this context free from unpleasant smells, 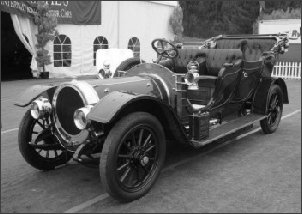 [Line 8] a brass bonnet in this context the cover of the engine compartment (known as the hood in the United States), often trimmed with highly-polished brasswork. One car of the period had a circular bonnet entirely made of brass.