The translation into English by Pratap Chandra Roy of The Mahabharata filled sixteen volumes published over the years from 1883 to 1896. Kipling had dutifully read the first instalments as they appeared, finding them increasingly tedious. Earlier in 1886 he had been provoked to discover William Morris citing The Mahabharata as among the ‘hundred best books’, and he wrote to express his annoyed scepticism to his old school¬master Cormell Price:

I see by this week’s P [all] M[all] Gazette that the worthy William Morris has been giving his opinion on the Hundred best books. Lord! Lord! What a lying world it is. Pie has gravely stuck down the Mahabarat and I will wager everything I have that he hasn’t the ghost of a conception what he means when he advises the study of that monstrous midden …. I see every now and then at home some man who hasn’t touched ’em lifting up his voice in praise of ‘the golden mines of Oriental Literature’ and I snort (18—27 February 1886: copy, the Kipling Society).

On the question of the value of Oriental wisdom literature Kipling sounds very much like Macaulay fifty years before, when asked to judge between those who wanted to make the traditional literature the basis of education in India and those who argued for western learning. Who, Macaulay asked, could seriously contemplate teaching ‘medical doctrines which would disgrace an English farrier — Astronomy, which would move laughter in girls at an English boarding school — History, abounding with kings thirty feet high, and reigns thirty thousand years long — and Geography, made up of seas of treacle and seas of butter?’ Who indeed? Kipling would have echoed; and, like Macaulay, he clinches the case against the epics of India by pointing out that ‘Young India. . . avoids them altogether’.
. [T.P.]

The twenty-fifth portion of Babu Protap Chundra Roy’s translation of the Mahabharata — excellently printed on fair paper — is now before the public. It includes nearly thirty additional sections of the interminable work. While it is impossible not to admire the unflagging zeal and industry of the author, it is equally impossible not to wonder whether they are being used to the best purpose. The Indian Antiquary thinks that:

‘it is almost impossible to say too much in support of an undertaking which, in addition to making the contents of this interesting epic available to students unacquainted with Sanscrit, is of the greatest practical use to Sanscrit scholars also’.

Is it seriously contended that, by the vast majority of readers, the great epic will be regarded as a thing of interest, to be studied; Young India writes, and writes fluently, on the sin of ‘neglecting the precious mines of Aryan literature which our ancestors bequeathed, etc.’ Nevertheless it devotes its intellect exclusively to the acquirement of the marketable knowledge of the West; and if pressed on the subject, might be found almost as ignorant of the contents of the ‘precious mines’ aforesaid as the people it condemns so airily. In the case of Englishmen, whoso wishes to escape condemnation as an ignorant soul, must be prepared to admit in a general way, the excellence of the Indian Classics and the wealth of the treasures they contain. This is an article of faith, and therefore unverified by research. Monier Williams and Max Muller have told the world what to believe, and the world is
content to take their assertions on trust; agreeing unhesitatingly in what they say.

Section after section of the ‘interesting epic’ has now been made plain to Western comprehension by the indefatigable translator; and section after section — with its monstrous array of nightmare-like incidents, where armies are slain, and worlds swallowed with monotonous frequency, its records of impossible combats, its lengthy catalogues of female charms, and its nebulous digressions on points of morality — gives but the scantiest return for the labour expended on its production. Here, for instance, is an extract taken at random from the account of Arjuna’s slaughter of the troops of Duryodhana: — 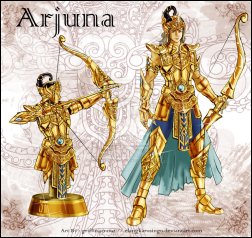 And he soon covered the entire welkin with clusters of blood drinking arrows, and as the infinite rays of the powerful sun entering a small vessel are contracted within it for want of space, so the countless shafts of Arjuna could not find room for their expansion, even within the vast welkin. And the elephants crowding the field, their bodies pierced with blazing arrows, with small intervals between, looked like black crowds coruscated with solar rays. . . . And that hero of inconceivable energy, overwhelmed, by means of his celestial weapons, all the great bowmen of the enemy, although they were possessed of great prowess.

And Arjuna then shot three and seventy arrows of sharp points at Drona, and ten at Dussaha, and eight at Drona’s son and twelve at Duscasans, and three at Kripa the son of Karadwat. And that slayer of foes pierced Bhishma, the son of Cantanu with six arrows and King Duryodhana with a hundred.

Page upon page might be filled with extracts equally profitless; and appealing, exactly as much as this one, to the Western mind. The fantastic creations of the Hindu Mythology have as much reality in their composition and coherence in their action, as the wind-driven clouds of sunset. They are monstrous, painted in all the crude colours that a barbaric hand can apply; moved by machinery that would be colossal were it not absurd, and placed in all their doings beyond the remotest pale of human sympathy. The demi-god who is slain and disembowelled at dusk rises again whole and unharmed at dawn, to conduct a monstrous strife where mountains and thunder bolts are scattered broadcast over the plain; and the wearied reader, who has set forth on his journey of discovery, with the honest intent of exploring the precious mines of Oriental lore, finds his attention wandering and his commonsense revolting at the inanities put before him. 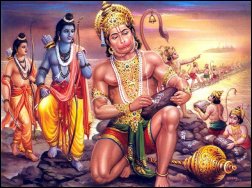 As with the Mahabharata, so with the Ramayana, which, we have Griffith’s word for it, is ‘more popular and more honoured by the people of the North-Western Provinces than the Bible is by the corresponding classes in England’. Boars like purple mountains, maidens with lotos feet and the gait of she elephants, giants with removable and renewable heads and bodies accommodating as the stomach of the sea-cucumber, are scattered broadcast throughout its pages. The high thoughts, the noble sentiments, the outcomes of human genius which we have been taught are to be found for the seeking, are few and very far between. It is necessary first to peruse an infinity of trivialities before we arrive at anything which may fairly be held to represent oriental thought.

The rest is dream piled on dream and phantasm on phantasm — unprofitable, and to [the] Western mind, at least, foolish.
To orientalists, the two national epics have their own special value, as the Rig Veda has for students of early forms of religious belief; but the working world of to-day has no place for these ponderous records of nothingness. Young India, as we have said, avoids them altogether, knowing that life is short and Arts examinations long; the bare outlines of their stories are known and sung by the village folk of the country-side, taking the same place as folklore and love ditties; but as living forces, they are surely dead and their gigantic corpses, like whales stranded by an ebbing tide, are curiosities to be regarded from a distance by the curious, and left alone by those who look for any solid return from laborious reading.