This new WordPress version of the web-site is now running painlessly, as we hope you are finding.  Through Google Analytics we now have a great deal more feedback data. In December we averaged 2120 views a day. By the end of  March this had increased by some 40% to around 3000. 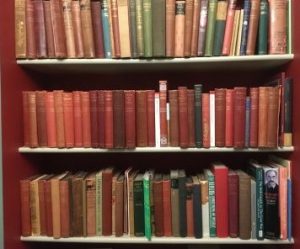 The most popular poems are “The White Man’s Burden“, “Mandalay“, and “The Gods of the Copybook Headings.” The most widely read story has been that sad and moving tale  “The Gardener”. On many days there have been more users in North America than in the U.K., with India as the next largest readership.

We are currently working on some new pages on Kipling Studies, which include details of recent publications and conferences, together with material on Kipling and Empire to inform current debates. We are also listing the profiles of academics and writers working in the field, and are planning to set up a discussion forum for researchers.   [J.R.]